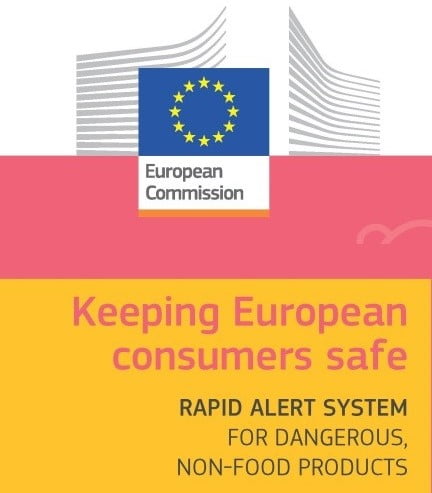 The EU has published its 2017 report on the ‘Rapid Alert System’ for dangerous products, showing that the system is increasingly used by Member States. 2201 alerts were issued in 2017, resulting in nearly 4000 follow-up actions undertaken by Member States.

22% of alerts notified concerned chemical risks, the second highest category (after injuries 28%) and higher than choking, electrical shock or fire (6%). The most notified product categories (for all risks) were toys, motor vehicles and clothing.

An example of a chemical risk alert is given as an illustration: a plastic toy doll containing up to 16% of a phthalate banned in toys and children’s products under REACH.