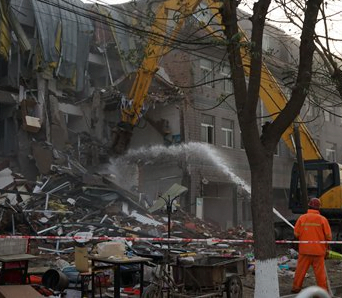 Media are reporting that thousands of migrants have been forced out of slum housing areas in the Beijing suburbs, following a fire in Xinjiang Village, Daxing District. The fire concerned a two-storey apartment building housing 300 people and lead to 19 deaths.

Following the fire, Beijing City launched a city-wide fire conformity check, particularly targeting suburb shanty towns where migrants are concentrated, with media reporting that this has led to forced eviction of tens of thousands of mainly migrant workers and their families, enforced by armed guards and reportedly in some cases with violent demolition of shops and homes. This tragedy and authorities’ action illustrate the links between fire safety and social inclusion.