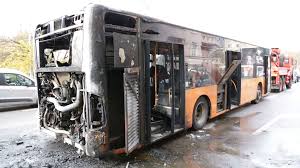 43 people died on 23rd October in a coach fire at Puisseguin, near Bordeaux, France, when the coach caught fire after a collision with a lorry. According to press coverage, the rapid burning of the coach prevented many passengers from escaping. Only 8 passengers managed to get out of the coach. The local head of emergency services states: “When we arrived several minutes after the accident, everything was completely on fire…  We must establish why the vehicles caught fire so fast.”

Media state that black smoke and fire gave no chance to the passengers in the coach, and that the fire spread to everything, trapping passengers inside. Media also refer to previous coach fire catastrophes in France: Laffrey, Isère, Alpes, 2007, 27 deaths and Beaune, 1982, 53 dead. Media coverage underlines that “it is not rare that tourism coaches suddenly burn, even when travelling,” and “It is unlikely, after such a catastrophe, that the public authorities will be able to avoid taking real measures to reduce fire risk on board coaches.” However, suitable technical solutions exist and could be mandated, for example higher flammability requirements for materials (as is already the case on trains and trams), fire detection systems and automatic extinguishing system – see FIVE 2014 (pinfa Newsletter n°47).

See The Guardian UK and The Independent