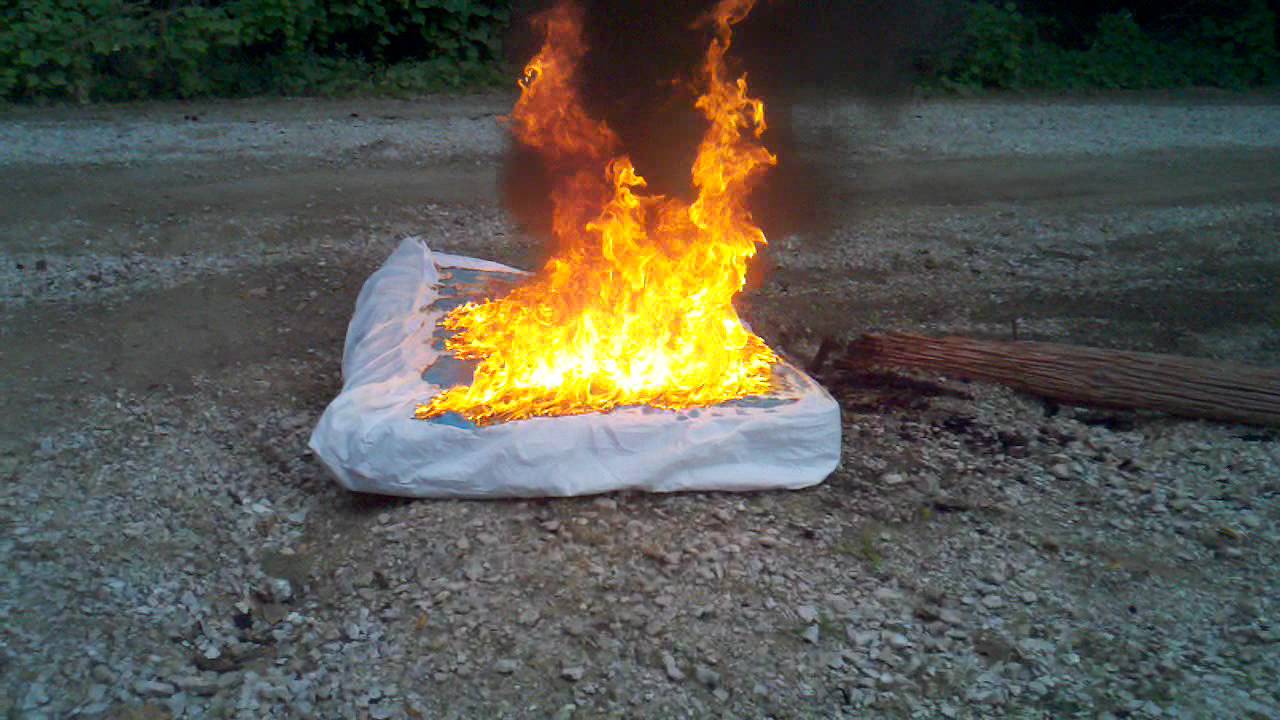 Results of over 30 full-scale room fire tests in the preparatory phase of the Canada Characterization of Fires in Multi-Suite Residential Dwellings are published. The tests use a 16 m2 test room, instrumented to measure heat release and smoke density, and cover (newly purchased, domestic) twin mattresses and beds, upholstered furniture, computer workstation, and a range of room contents (including toys, shoes, books, clothing).

None of the furniture tested was indicated as containing flame retardants nor as fire safety treated (other than smouldering cigarette) and reached heat release rates (HRR) of up to nearly 3 700 kW. Most of the upholstered furniture tested (8 items: chairs, sofas, ottoman) gave heat release which would probably result in flashover after c. 2 – 4 minutes. One of seven mattresses and eight bed assemblies (bed foundation plus mattress) was classified for fire safety as open-flame resistant (16CFR1633). For both the FR mattress and bed, despite ignition and burning of the bed clothes, peak heat occurred later (after nearly ten minutes, compared to three to six minutes for non flame retarded beds) and was lower (nearly 40% lower), so that temperatures for flashover were probably not achieved. Most of the non FR mattresses and beds gave heat release rates likely to lead to flashover (HRR up to nearly 4 000 kW, room temperatures 900 to nearly 1 100 °C). Smoke density in the test with the FR mattress and bed was considerably lower than in other cases (0.4 ODmax/m vs. 0.9 – 2.7 for comparable non FR bed sets).