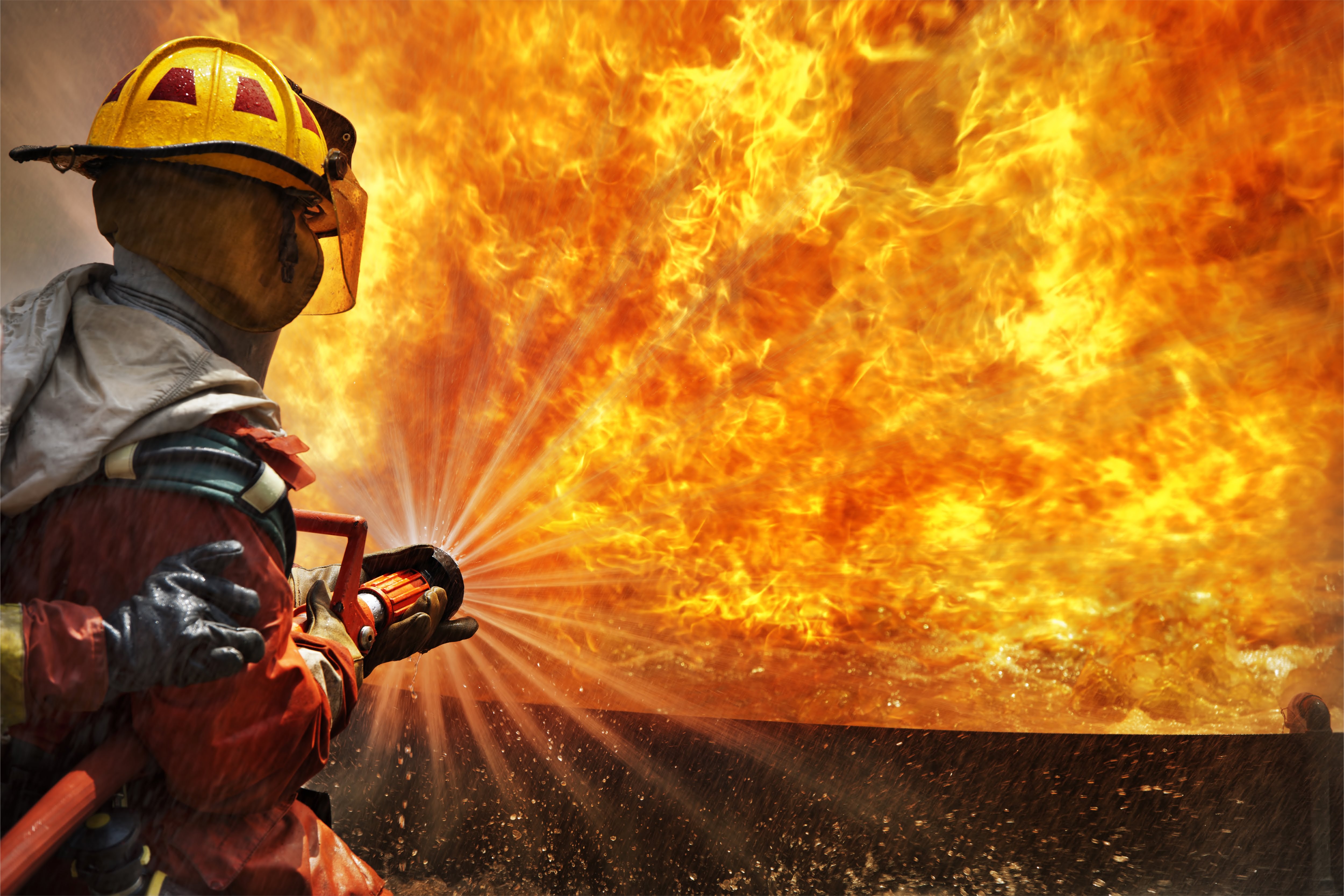 Fabian, Baxter & Dalton’s 27 page paper “Characterization of firefighter smoke exposure” summarises ongoing work to better understand how and to what extent smoke exposure can pose health risks for firefighters, and how to reduce these risks. The key toxic gases in smoke (HCN, NH3, SO2, NO2, H2S and CO) are principally an immediate danger to life, but without significant long-term effects.

Smoke particles, on the other hand can carry significant amounts of toxicants including antimony, arsenic, cadmium, chromium, cobalt, lead, manganese, mercury, nickel, strontium, phthalate esters and polycyclic aromatic hydrocarbons. Some long-term toxic substances can be found in both gases and particles: benzene, hydrocarbons, formaldehyde. Also, exposure to particles themselves, in particular ultrafine particles (<1µm), is known to correlate to cardiovascular disease and lung diseases. The paper suggests that firefighters could be better protected from smoke exposure. For example, protective equipment is often not worn in many situations such as the ‘overhaul’ phase after the peak fire intervention, or during response to outside fires such as vehicles, garages, gardens and wildlands. A previous detailed report by the same authors (Underwriters Laboratories, 2010, 390 pages), analysed smoke from three different scales of fire: residential structure and vehicle fires (firefighter equipment monitoring), simulated real-scale fires, small scale materials fire tests. The principle conclusion was that smoke characteristics varied very widely depending on the size of fire, the type of materials burning and the ventilation conditions and that different materials released different toxicants in smoke. This report noted that >99% of smoke particles collected during ‘overhaul’ were <1µm and that >97% of these were too small to be visible by the naked eye so that polluted air does not look smoky. Carcinogenic chemicals identified in smoke included benzene, styrene, chromium, formaldehyde and polycyclic aromatic hydrocarbons. Previous studies have also recognised fire soot to be carcinogenic (e.g. studies on chimney sweeps, since Pott over 200 years ago) in particular the IARC monograph 2010. This is generally attributed principally to PAHs (poly aromatic hydrocarbons, e.g. Baxter, in Patty’s Toxicology, 6th Edition, 2012)