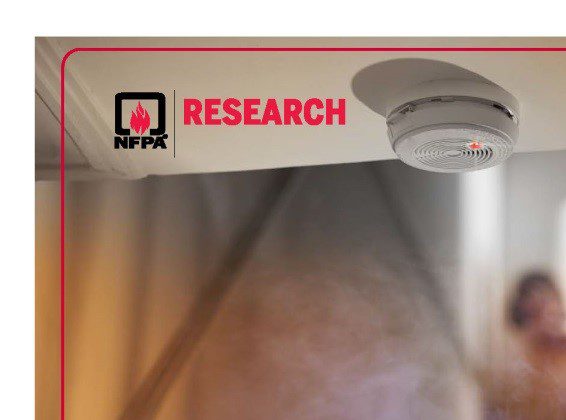 The US National Fire Protection Association (NFPA) report on smoke alarms assesses their penetration in US homes, effectiveness in reducing fire impacts and challenges to be addressed. Adjusted data from surveys suggests that at least one smoke alarm is present today in around 92% of US homes. Smoke alarms are clearly effective: for an average c. 355 000 home structure fires per year in the US, smoke alarms were present in nearly three-quarters of cases, but nearly three fifths of fire deaths occurred where there was no alarm (40%) or where the alarm(s) were not operational (17%). Failure to maintain batteries is identified as a significant problem: where present, hard-wired alarms (mains power source plus back-up battery) sounded in 94% of fires large enough to trigger them, whereas battery-only alarms did so in only 81% of cases. This is despite the NFPA 101 Life Safety Code requiring hard-wiring of alarms for many years. From 2020, UL certification of smoke alarms will require to demonstrate resistance to activation by cooking but activation within 3 minutes by burning polyurethane foam. More than one fifth of survey respondents indicated that the smoke alarm had at some time sounded in a situation susceptible to develop into a fire, showing that the alarms play a significant role in preventing fires.