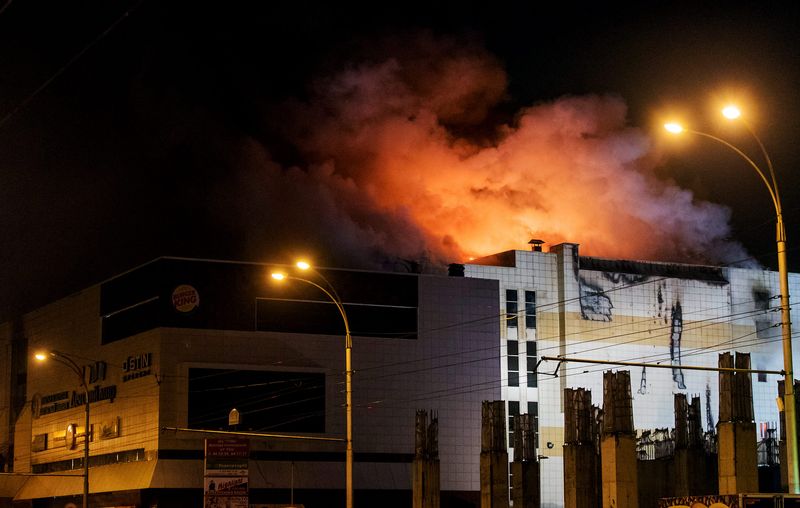 64 people, including many children, died in a fire at the Winter Cherry shopping mall, Kemerovo, Siberia, Sunday 25th March. The shopping mall was created in a former bakery factory in 2013. Media reports suggest that the fire started in the children’s trampoline room, with some versions blaming an electrical fault and others a child playing with a cigarette lighter.

The fire spread rapidly, with large amounts of black smoke, trapping people in particular in a cinema on the same floor as the trampoline room. Media reports suggest a number of security violations including a non-functional fire extinguisher, the switching off of the alarm and PA system when the fire started and blocked fire exits. The fire demonstrates, yet again, the danger posed by the fire load of potentially flammable materials inside buildings and the need for sufficient and functioning fire safety measures.