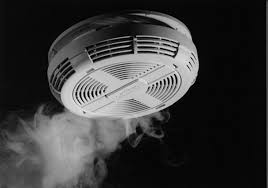 144 non-intentional fires which led to deaths in Swedish homes were analysed, based on assessing the chain of events which led to the death: heat source, ignition of first object, fire growth and spread, evacuation initiated, final consequences.

This suggests that sprinklers could have prevented death in 60-70% of cases and smoke alarms in only 37% of cases. Where the victim was a smoker with home care (home care is indicative of mobility difficulties) effectiveness was very considerably lower, (respectively 31% for sprinklers, 14% for smoke alarms). This shows the need for different prevention measures for different populations. In one fifth of cases studied, the victim could have evacuated but chose not to do so because they chose try to fight the fire, showing the importance of behaviour education. For the 144 cases studied, the authors estimate that flame resistant bedclothes would have prevented 24% of fatalities but would have prevented 50% of fatalities for smokers with home care. For the 144 cases, flame resistant upholstered furniture would have prevented 15% of fatalities, and flame resistant clothing 11%. In the cases in which fires which started in upholstered furniture, the most frequent cause was cigarettes, with also nearly one fifth being caused by electrical faults igniting the furniture.