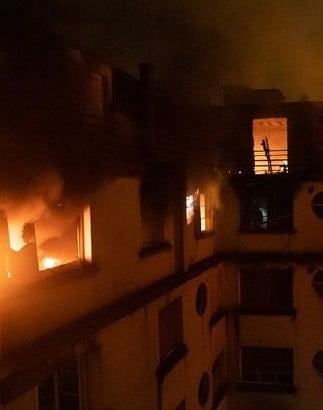 10 people died and 96 were injured in a fire in an apartment building, rue Erlanger, Paris, in the night of 4-5 February. The fire is thought to have been deliberately started by a 40-year old woman who had just been released from psychiatric hospital with medical clearance (her thirteenth stay in psychiatric hospital). She was arrested drunk after the fire and neighbours say she was threatening to “blow up” the building earlier in the evening. Indications suggest that several fires were started at different points in the building. The building had “no known defaults” but was situated within a courtyard, making it impossible for fire fighters to access other than with hand-held ladders. This human disaster again shows how fast and fatally fire spreads through residential buildings today.