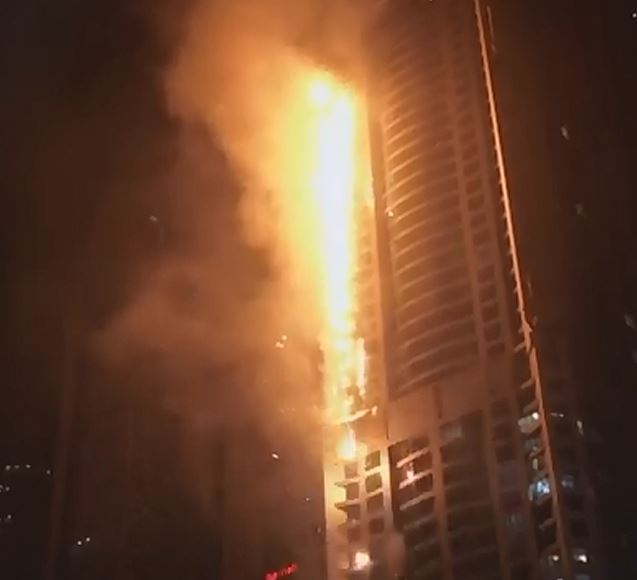 The aptly named “Torch Tower”, one of the world’s tallest skyscrapers (335 m), has been the victim of a major fire, for the second time, first in 2015 and now again in August 2017. 38 flats were burned, and the fire spread over the façade materials over 64 of the building’s 79 floors.

There were no serious injuries. Authorities believe this second fire was started by a cigarette butt thrown over a balcony which ignited pot plants.