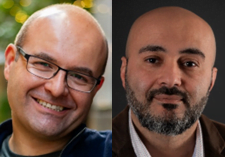 Jérémie Pourchez, Mines Alès France, presented analysis of nano-particles in fly ash (from offgas filters) and bottom ash, both from laboratory incineration of ethylene vinyl acetate polymer containing nano-minerals: silica, alumina, boehmite, zinc, titanium. These nano-fillers tended to be found in the lab incinerator bottom ash, not in fly-ash. In-vitro toxicity tests (cytotoxicity, pro-inflammatory response, oxidative stress, genotoxicity) suggested that the toxicity of the bottom ash was similar to that of the initial nano-material (toxicity for zinc and titanium, not for silica, alumina, boehmite). It should be noted that in ‘real life’ incineration, along with other materials, the availability and toxicity of the nano-fillers in the bottom ash may be modified.

Fouad Laoutid, Materia Nova, Mons Belgium, summarised the VALBREE project which is looking for solutions to the problem of decontamination of electronic wastes containing brominated flame retardants. The EU WEEE Directive 2012/19/EU specifies that all materials containing brominate FRs must be separated and disposed. Furthermore, the POPs Regulation (2019/1021) bans recycling of plastics containing > 1000 mg/kg PBDEs or HBCD (to be reduced to 200), but because it is not feasible during industrial sorting to identify exactly which brominated FRs are present in waste, this effectively excludes all bromine-containing plastics from recycling, Incineration of such brominated WEE materials can release toxic polybrominated dibenzo-p-dioxins (PBDD) and dibenzofurans (PBDF). A non-solvent process is being tested to use UV light to break down brominated FRs in plastic wastes to congeners containing low bromine content and to release this from the polymer, in order to ensure decontamination, with the aim of not deteriorating the polymer. To date, the process is effective in ABS, polycarbonate, HIPS, polystyrene.