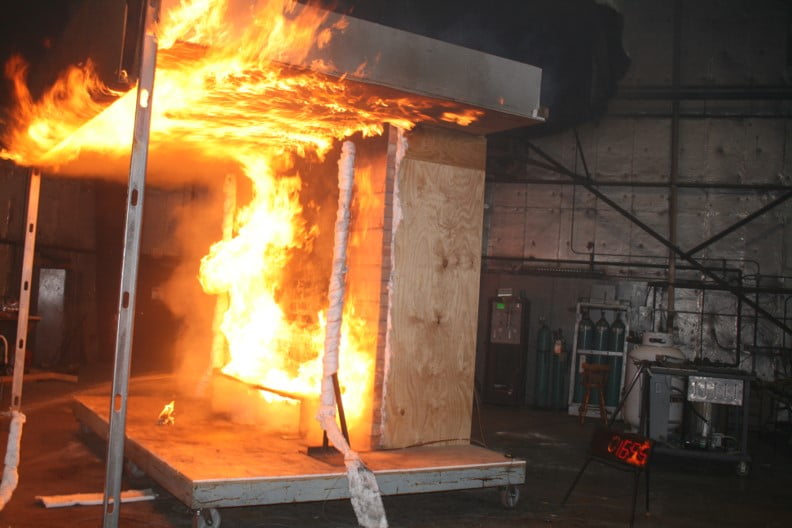 Bench fire destroys school and again shows risks of outside furniture or decorations not covered by building regulations. In the editorial to Fire Safety & Technical Bulletin (FS&TB) February 2021, Marcelo Hirschler shows that around 3% of reported fires in the US occur in structures which are not buildings (there are also many fires occurring in vehicles). Fake palm trees around an outside pool on a roof caused a major fire in the Cosmopolitan Hotel, Las Vegas, in 2015 (pinfa Newsletter n°60), injuring two people with smoke. This has led to the inclusion of fire test requirements for “artificial vegetation” (only) permanently installed on roofs or near buildings in the IFC Code. A fire deliberately started in clothing placed on a plastic composite bench attached to a school wall under a wooden overhang, on February 3, 2013, in Vancouver, WA, led to the complete destruction of the school. Fire tests conducted to reconstruct the event showed that plastic composite benches, without flame retardants, resulted in very high heat release (> 4 MW) and burning of the overhang within minutes of bench ignition (as shown in the first photo), whereas both an alternative flame retarded plastic composite bench and a wooden bench performed much better (the pine wood bench actually self-extinguished). Mr Hirschler considers that fire codes should require fire testing for improved safety of large, fixed objects placed on roofs or near buildings.