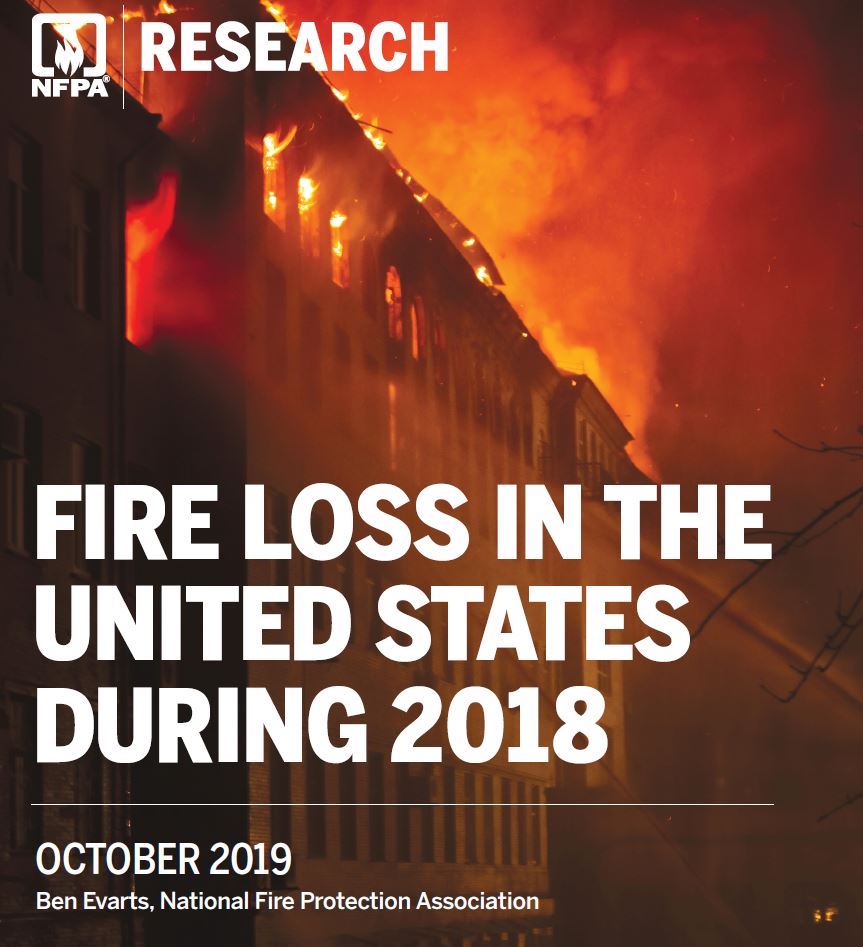 The US National Fire Protection Association (NFPA) has published its annual report on fire losses, showing that 1.3 million fires were reported by fire departments in the USA in 2018, resulting in over 3 600 civilian deaths, 15 200 civilian injuries and US$ 25 billion property loss. The number of fires was stable from 2017, and has been nearly stable since around 2010. The number of civilian fire deaths has fallen to around half its late 1970’s level, but is stable or slightly increasing since 2010. Average property losses per structure fire (excluding wildfires) have increased slowly since the late 1970’s (total increase 43% since 1977). The 25 billion US$ fire property loss in 2018 included 12 billion US$ losses related to California wildfires.

“Fire Loss in the United States During 2018”, NFPA, B. Evarts, September 2019 https://www.nfpa.org/News-and-Research/Data-research-and-tools/US-Fire-Problem/Fire-loss-in-the-United-State