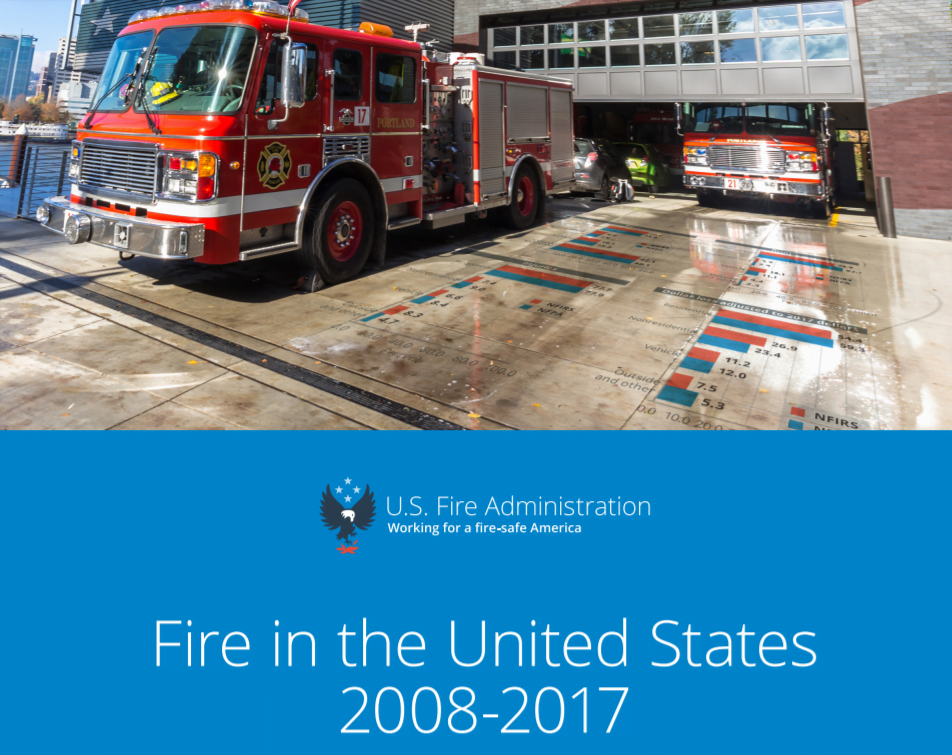 The US Fire Administration has published a 100-page report on fire losses in the USA, 2008-2017. Some 1.3 million fire incidents were reported to fire departments in 2017 resulting in 3 400 deaths, 14 700 injuries and 23 billion US$ financial losses. Although fire deaths fell considerably from 12 000 in 1974, they have been rising since their lowest level of 2 900 deaths in 2012. Over the last ten years (2008-2017) fire deaths per capita have increased by +2.4% and dollar losses per capita by +12%, whereas the number of fires -12% and the number of fire injuries -21% have decreased. Nearly 80% of fire deaths occurred in homes. One in seven fires attended by fire services involved vehicles. The report concludes that smoke alarms, sprinklers, strengthened fire codes public education and improved firefighter equipment and training have contributed to reduce the consequences of fires, but that fire deaths are now increasing, with the elderly particularly at risk, as well as certain types of population. Wildland fires are an increasing concern.