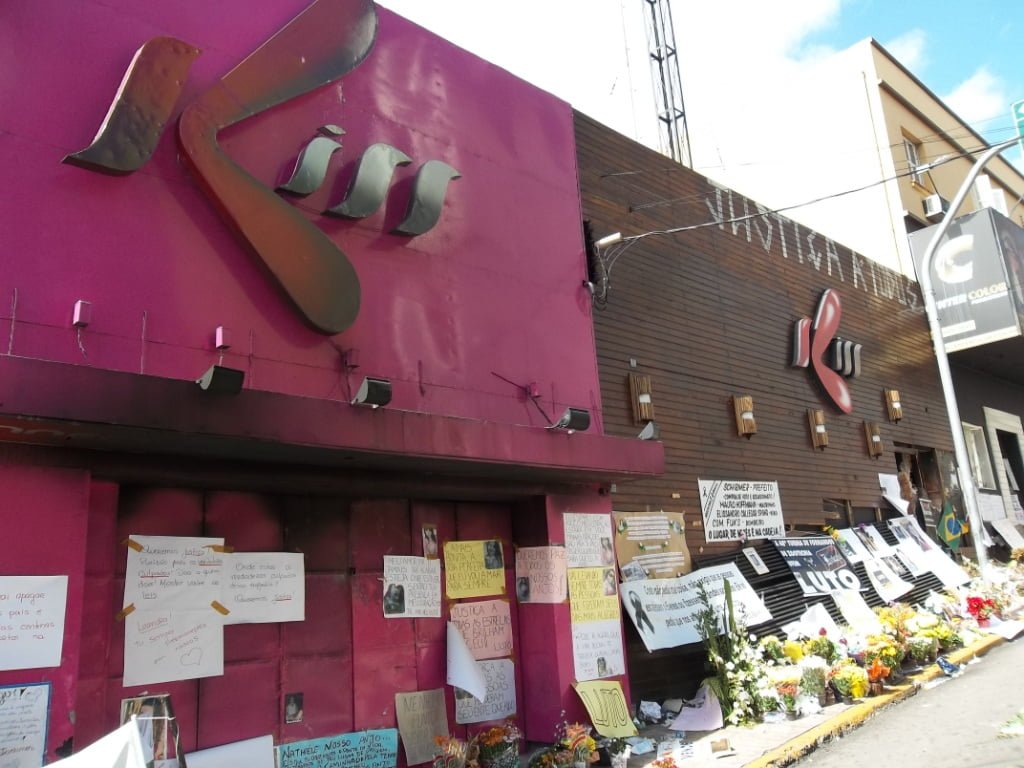 Report says appropriate building materials could have prevented the Kiss Nightclub’s 242 fire deaths, Brazil Jan. 2013. The fire started when a firework lit by one of band playing on stage ignited sound insulation foam on the ceiling. Fire deaths resulted from a combination of causes, including absence of fire extinguishers, only two emergency exits and poor emergency signage (see court judgements summarised in pinfa Newsletter n°133). This research report assesses to what extent use of appropriate ceiling materials and emergency exits according to current Brazil fire regulations could have saved lives. Modelling concludes that existence of appropriate emergency exits would not have prevented all deaths with the polyurethane foam present on the nightclub ceiling. The official fire report states that the nightclub was practically filled with smoke from this foam in less than two minutes. If the foam had respected current Brazil standards (PET foam is modelled), instead of the polyurethane foam used in the nightclub, with adequate safety exits, all deaths would have been prevented.