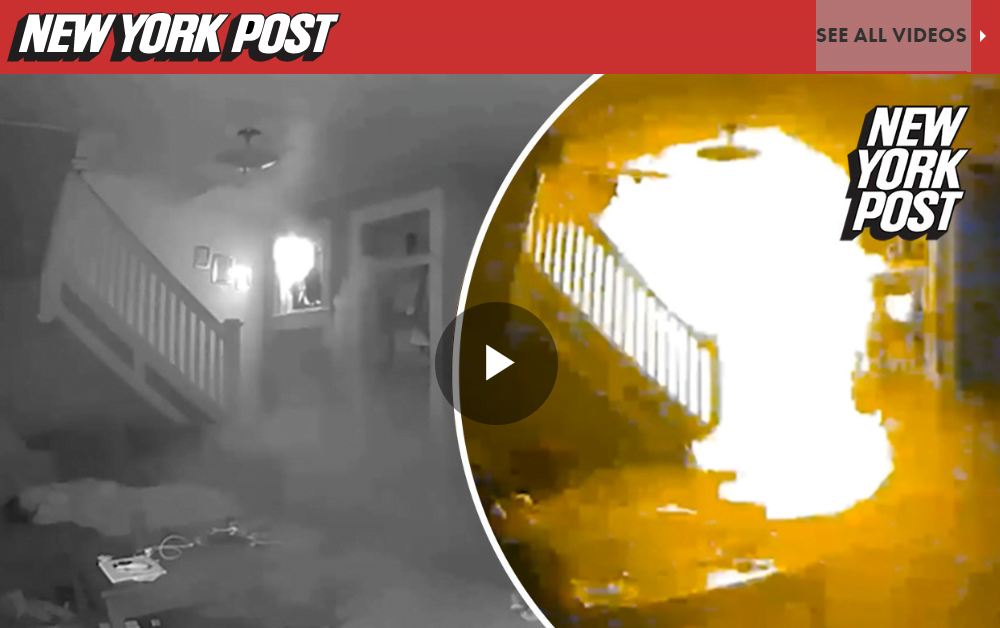 A short, amateur video posted by the New York Times shows fire engulfing a family house and close escape of a child on a sofa, thanks to fire alarms sounding, just before flashover occurs. Other media, including USAToday, report a United airlines flight having to make an emergency landing in Florida after a passenger’s backup device battery caught fire in their bag. The crew contained the fire using a fire resistant case