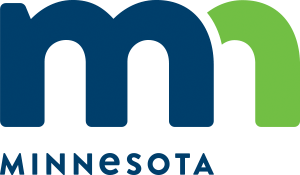 The Governor of the US State of Minnesota has signed into law a bill banning the sale or distribution of children’s products, upholstered furniture, mattresses or residential textiles (such as window coverings) containing non-polymeric, non-reactive organohalogen flame retardants. Organohalogen FRs are defined as flame retardant chemicals containing one or more carbon and one or more halogen atoms (fluorine, chlorine, bromine, iodine). The ban applies to products containing organohalogen FRs at > 1 000 ppm. The enacted bill also makes it illegal for a manufacturer to replace a banned organohalogen FR by any chemical which is “identified on the basis of credible scientific evidence” by a public agency or regulator as “being known or suspected with a high degree of probability” to be carcinogenic, or have reproductive, endocrine or other systemic toxicity. Minnesota State had already banned four halogenated FRs (TDCPP, TCEP, decaBDE and HBCDD) in 2015, see pinfa Newsletter n° 54.

Minnesota Bill, chapter 47, H.F. no. 359 “An act relating to health; prohibiting the use of certain flame-retardant chemicals in certain products ….” https://legiscan.com/MN/text/HF359/2019