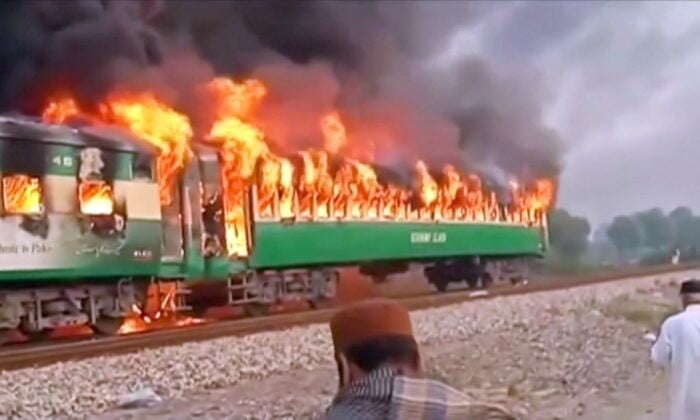 74 people died in a fire on a train in Pakistan, Punjab Province, traveling from Karachi to Rawalpindi, on 31st October. The fire apparently started with a gas explosion in a cooking stove brought on board, in contradiction to railway regulations, by members of the Tablighi Jamaat (Outreach Society or the Society for Spreading Faith, a Muslim missionary movement). Over 50 members of this movement died. In another catastrophe involving pilgrims, 35 people died in a private chartered bus which caught fire after a crash in Saudi Arabia, Medina Province, 16th October. The bus, chartered by the UK travel agency Hashim Travel, was transporting pilgrims from Mecca to Medina. These incidents show the continuing need for both tighter fire safety regulations in buses and trains in many countries, and better implementation of existing safety rules.