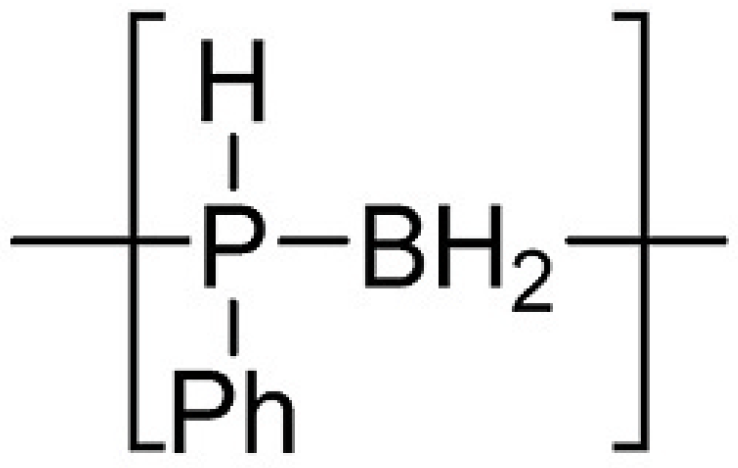 New class of polymeric phosphorus- and boron-based PIN FRs synthetised and fire tested on cotton at lab scale. Poly(phenylphos­phinoborane) was synthesised by dehydropolymerisation of phenylphosphine-borane using an iron-based pre-catalyst in toluene, in a process considered scalable. This resulted in a polymer with a backbone of – P ( H, -Ph ) – BH2  – (Ph = phenyl), isoelectronic with polyolefins. This was applied (in solvent) to cotton samples by pipette, then dried at 40°C. The polyphosphinoborane application rendered the cotton self-extinguishing and charring, and was not removed by soaking in water. Replacing the H attached to P in the polymer backbone by a fluorinated or a C6H13 group did not significantly modify the fire performance, suggesting that flame retardancy was due to the P and B in the polymer backbone.