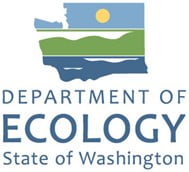 All halogenated flame retardants (brominated, chlorinated) are considered, and also five non-halogenated organophosphorus FRs (p54), for two uses: in recreational polyurethane foams (foam pit cubes, gym mats, gym wall coverings, pads, etc) and enclosures and stands of electrical and electronic equipment (not inc. cables). The State administration concludes (p40), after taking into account the NAS report of 2019 on halogenated FRs (see pinfa Newsletter n°103), that concerns about persistence and End-of-Life necessitate considering all halogenated FRs as one “class”. The report finds that most halogenated FRs for which data is available do not meet the State’s SAFER criteria, and that all halogenated FRs (HFFRs) should therefore be restricted as a “class”.

Five non-halogenated organophosphorus FRs were assessed, (based on law WA 70A.430 “Children’s safe products”) concluding that two (TPP and EHDPP) meet the SAFER criteria (less hazardous), and three did not or data was insufficient (TNBP, TCP and IPTPP). A number of other organophosphorus FRs are assessed and considered to meet the SAFER criteria* as are other PIN FRs listed on the TCO Certified Accepted Substance List.

For recreational foams, the report concludes that FRs are not needed because regulations and standards do not require fire safety, fire resistance does not require use of FRs (based on tests of foam pit cubes in Dembsey 2019), and because some such products are already on the market without FRs. pinfa considers this surprising in that Dembsey concluded “FR treated and non-FR treated cubes resisted smolder ignition but produced severe fires when exposed to ignition sources of small flames”. The restriction would not concern foam wall padding for which fire performance standards are applicable and for feasibility of safer alternative was not confirmed. The report does not address foams used for non-recreational uses, such as building insulation.

For E&E stands and enclosures, the report concludes that FRs are needed to achieve fire safety standards and performance, and that a number of less hazardous (SAFER conform) alternative FRs are available (see above). The State administration proposal is therefore to restrict all halogenated FRs in electrical and electronic equipment enclosures and stands, for consumer and commercial goods for indoor use, with exemptions for spare parts and permanent fixtures.
Regulatory proposals are now published, with proposed applicability 2024 – 2026 (below is simplified):

These proposals and will now go for consideration by the legislature.