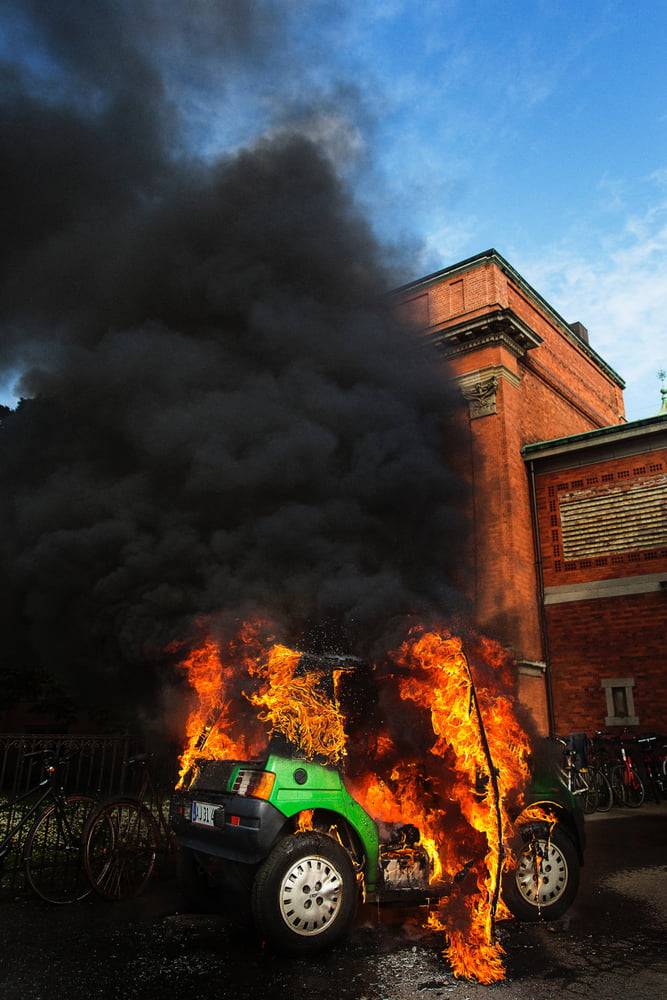 EV fires show heat release comparable to fossil fuelled vehicles, but with additional risks of toxicity and extinguishing. A review of over 170 publications provides an up-to-date summary on fire risks of batteries in electric vehicles, including photos of EV fires and analysis of several EV fire incidents. The authors suggest that fire safety concerns “stand in the way of the EV becoming the dominating transportation system”. Battery fires can start during use, charging or simply whilst a vehicle is parked, due to electric faults, and can be caused by road accidents or by fire starting elsewhere in the vehicle or nearby. The authors note that the combustion energy of plastics in a modern petrol engine car is two to four times higher than that of the petrol. A burning battery can release five to ten times more energy than its stored electrical energy, and maybe over twice the energy from a full fuel tank of petrol in a car with similar milage range. The heat release rate shown in fire tests of EVs is similar to that of diesel or petrol cars, but battery fires can release toxic gases, flame jets (due to pressure build up in the battery case), and are harder to suppress because of the propensity for reignition. They note that extinguishment could be improved by enabling direct application of suppressants into the battery pack, but this is not possible with current EV design. The authors also note the risks of battery fires in end-of-life battery management. A detailed report on battery fires was also published by RiSE in 2019.