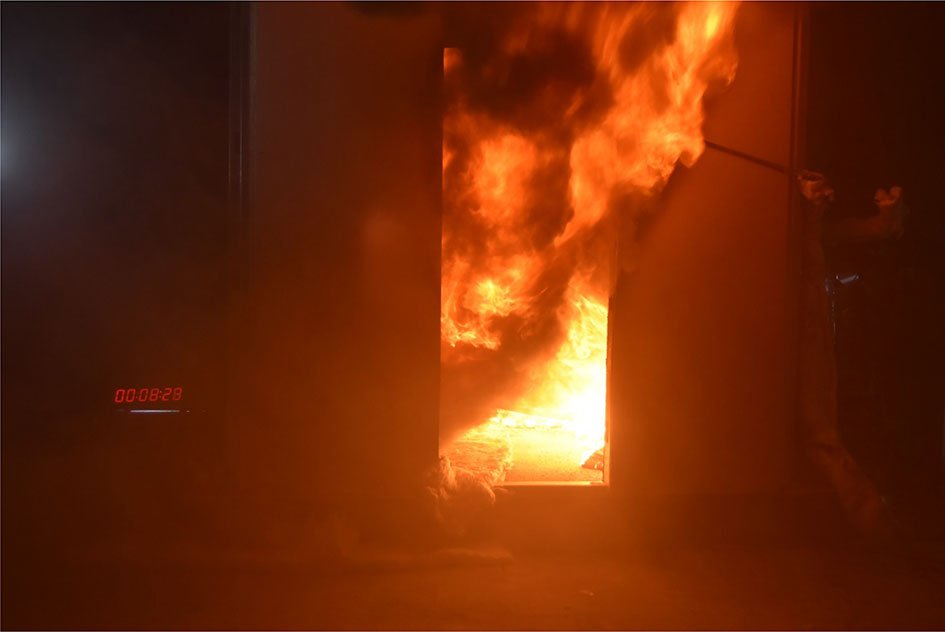 Nine full-scale furnished room fire tests were carried out with furniture corresponding to current UK, French and US fire safety requirements. The UK Furniture Fire Safety Regulation require both smoulder and open flame fire resistance whereas France (EN 1021-1) and the US (current California TB117-2013) require smouldering cigarette resistance only. Ignition in the room tests was by cribs 4, 5 and 6 placed on an upholstered couch, in contact with the back cushion. Each room (ISO 9705 standard) was identically furnished with a three-cushion couch, a similar upholstered armchair (identical IKEA models manufactured to the national fire standards), a flat-panel TV (purchased on the relevant national market), a coffee table and a bookshelf with books. Time to transition from white to black smoke was five times longer for the UK rooms than for the France or US rooms. Total smoke produced was half. Time to peak smoke release was increased from around 8 to around 20 minutes. Chlorinated and brominated dioxins and furans were low in all cases, but were higher in black smoke. PAHs, especially the more toxic compounds, hydrogen cyanide and carbon monoxide emissions were also higher in the France and US rooms. Peak heat release rates for the UK rooms were on average 200 kW lower than for the US rooms, and 400 kW lower than for the France rooms (i.e. around 10% lower) and time to flashover was five times longer. The authors conclude that, in full-scale furnished rooms, the “UK standard does provide a significantly better performance” for peak heat release, time to peak heat release, time before smoke release, total smoke release and smoke toxicity.