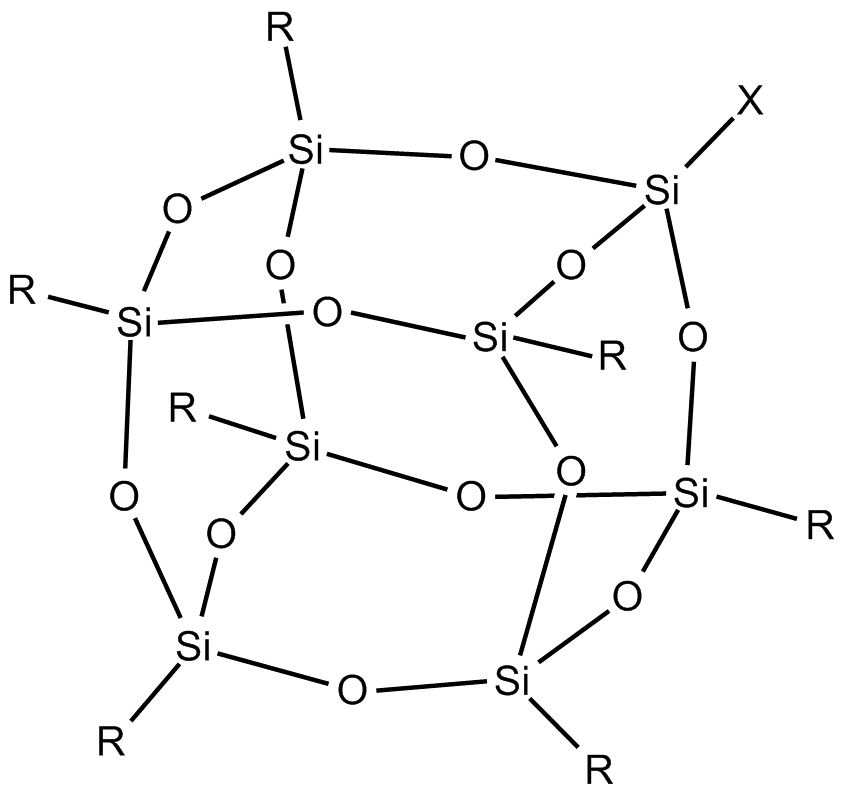 1% POSS significantly improved fire performance achieved by a phosphorus – nitrogen intumescent FR in polypropylene. Nano- octavinyl POSS (polyhedral oligomeric silsesquioxane) was supplied by Zhengzhou Alfa. The intumescent PIN FR was produced by thermal reaction of APP (from Clariant), melamine and PER (pentaerythritol), to produce a single-component PIN FR (RMAPP). This was tested at 25% loading in polypropylene, improving UL 94 (1.6 mm) from unrated to V2 and LOI from 18 to 28. Replacing 1% RMAPP by POSS considerably improved fire performance, to UL 94 V0 (with no dripping), LOI 31, and also reduced peak heat release rate (1023 kW/m3 for pure PP, 89 with 25% RMAPP and 66 with 1% POSS). Increasing POSS to 2% or 5% (replacing RMAPP) resulted in fire performance poorer than with 1% POSS. Similarly, mechanical performance was best with 1% POSS. The POSS was well mixed with the PP and the RMAPP before injection molding of the samples, and the authors suggest that the improved fire performance and mechanical properties with 1% POSS results from improved dispersion and compatibility between the PIN FR and the polymer and from silicon oxide reinforcement of the char layer.