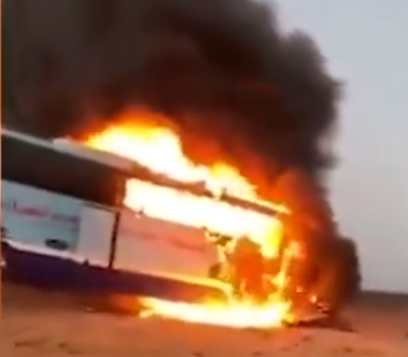 Ten people died and fourteen more were injured when a tourist coach burst into flames after a collision near Luxor, Egypt. The coach apparently burst into flames after hitting a truck. Reports show the coach covered in flames and indicate that some victims were killed by the fire. Casualties include nationals of Egypt, France and Belgium.