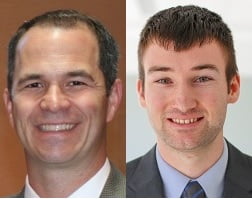 Brian Lattimer, Jensen Hughes (now with Virginia Tech), USA, summarised challenges for fire safety requirements in railways in the USA. The USA, in NFPA130 and 49CFR238.103, currently specifies the radiant panel test and accepts higher heat emissions, whereas the EU uses ISO 5660-1 (in EN 45545-2). He estimates that nearly a third of materials currently in use in railways in the US could cause flashover in a fire. Smoke density testing is required in the USA, but not currently smoke toxicity (which is required in the EU).

Christopher Lee, University of Maryland, USA, (Interflam conference paper prize) presented experimental testing of thermal runaway propagation of lithium ion battery arrays. Tests used lithium cobalt oxide cathode, nominal 3.7 V, 2600 mAh batteries, in arrays of 12 or 15, testing different charge levels and separation of the cells, under nitrogen, so that all gas and heat production measured were generated directly from the batteries. Thermal runaway was induced by applying heat to one battery using an electrical element, showing thermal runaway onset temperatures of 105 – 180 °C. Results showed that once one battery failed, the heat generated caused failure of adjacent batteries within times between a few seconds and approximately two minutes, and in all cases all batteries underwent thermal runaway. Spacing of 5 mm slowed propagation, and partly charged batteries were even more effective at slowing propagation (less stored energy to release). Heat generated was 0.8 – 1.4 kJ/g (the lower value for partly charged cells). Mass loss was 20 – 38%, depending in particular on whether the steel case of the battery ruptured. On a mass basis, gases generated were mainly carbon dioxide, carbon monoxide and THC (total hydrocarbons).