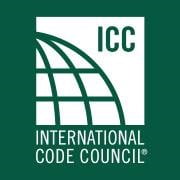 A vote on amendments to the International Construction Code reversing positions in committee and hearings is casting doubt on the standards process. Most standards organisations function by a combination of technical consensus between industry and stakeholders and governments. This is also the case for ICC (“Inter-national Construction Code”, which in fact concerns the USA). Twen-ty amendments to ICC, relating to energy not to fire safety, proposed and promoted by a coalition of stakeholders promoting energy sav-ings (EECC) were rejected by ICC committees and at hearings, but then approved by the final vote, in which any registered public official can vote. Following complaints, the vote has been investigated and found to have been accurate. This suggests that advocacy may have had more influence than technical knowledge of the proposals.